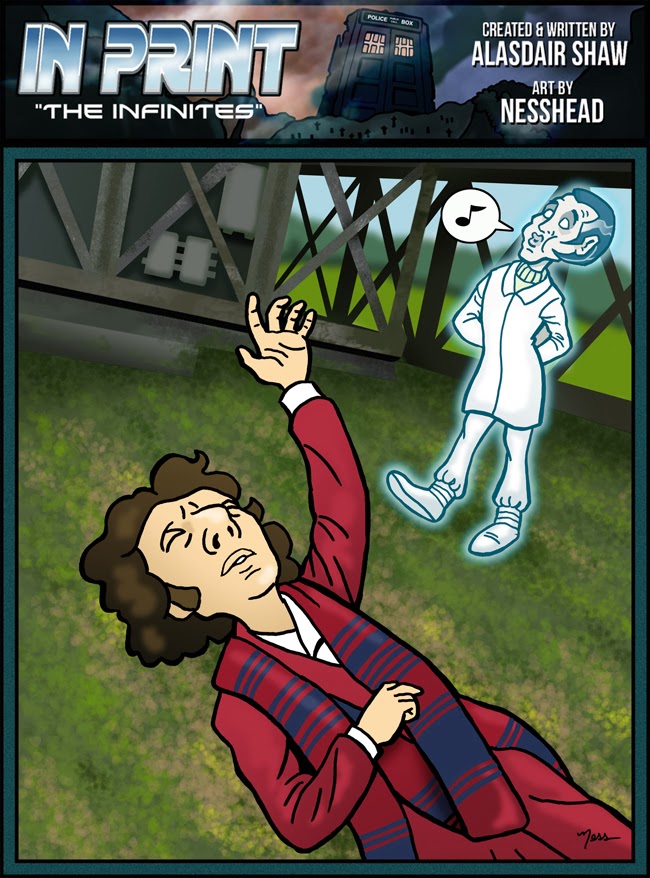 Logopolis this stop and this is where things get interesting. That's a future projection of the Doctor that the Great Intelligence is posing as, you can't do things like that without serious repercussions.

But more on that when we get to the next stop of the tour.

It's a bit of a big week next week, I'm sure you guys might have heard something about it. I'll be posting up the blog next week then I'll be going into hiding, I don't want spoiled. I'm catching it at the cinema an hour or so after broadcast. Well hopefully. My little girl is going for surgery the day before and if she needs me I'll be staying put in the house. Tickets are booked though.

What I'd really like to be doing just now is discussing that Minisode, but given that Nesshead hasn't seen it and is saving it as an intro to the Special we won't be discussing it. I have to say that I really envy him, that Minisode would be an utterly fantastic way of opening the Special and I'm a little sorry that's not going to happen.

It has however given me several ideas for next years arcs for the strip, so I'm going to try and get them written today as well as the guest strips that'll be airing over Christmas and New Year to give our regular guys a break.