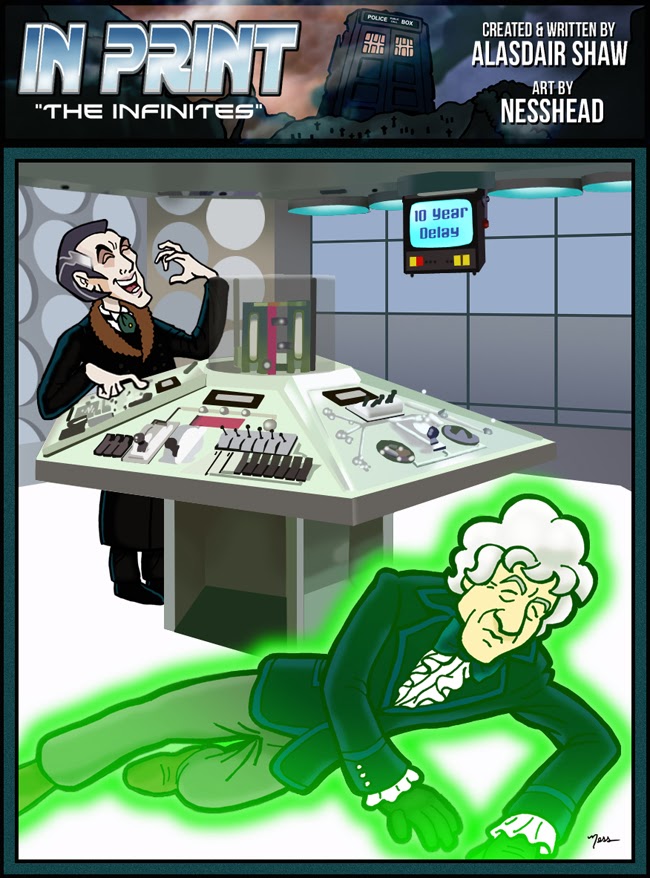 Don't worry, they won't all be regeneration scenes, but this one was just too good to pass up. It also fits nicely into established canon; now we know just why the Doctor took so long to get back to UNIT HQ.

Although perhaps it's a radiation thing, after the 10th took forever to regenerate after a healthy dose of radiation poisoning.

Anyway, it's finally November! Just three more weeks until we meet the Hurt Doctor and we find out once and for all that he's not the Valeyard. I'm willing to bet that he's a Doctor between 8 and 9, or least who we've known as 8 and 9. Time will tell, it usually does.

If you're in the UK then don't forget that Watch are having an In Print weekend, by which I mean that they're focussing on the 7th and 8th Doctors. I was pleasantly surprised to see that they'd opted for 'Battlefield' rather than 'Remembrance of the Daleks'. Don't get me wrong, I love Remembrance as much as the next Whovian, but 'Battlefield' marked a turning point for me. It was the introduction the Doctor as Merlin. As you might have gathered by now I love alternate Doctors and Merlin was my first taste of such a Doctor. He was expanded on slightly within the 'Battlefield' novelization and the New Adventures, but this is where it started and this is where he's canon.