THE OTHER GRAND MOFF - TONE CARTOONS 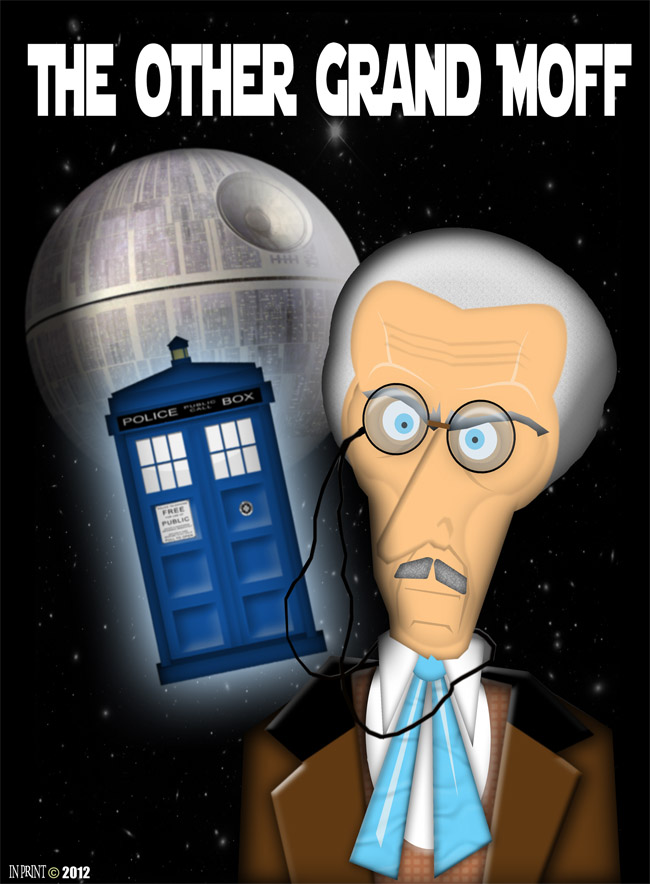 It's an 'In Print Extra' for you this week courtesy of Tone Cartoons of the Daily Dalek, which I hope you're all now reading due to my previous plugging of it. If you aren't reading it by now then I don't know what else I can do apart from say it again.

There will be one more guest strip in a fortnight and then Jim'll be back on regular strip duty. He's been working whilst on Paternity Leave and the new strips he's been sending me are an absolute delight.

Hopefully you all get the punchline in today's strip, especially as it's been a recurring joke on the Infinity Doctors. And speaking of the Cushing Doctor; if you've ever wanted to see his portrayal on the big screen you'll have your chance if you stay in Glasgow. Cineworld have Doctor Who and the Daleks and Daleks Invasion Earth 2150 AD on as a double bill on the 23rd and 24th of February. I was planning to go along myself, but real life has presented me with a much more exciting prospect in late February. But you should go if you can. In fact you should go with this Cushing Tshirt.