THE PROP CUPBOARD OF OBSCURE DOOM... BY 2ND FADE 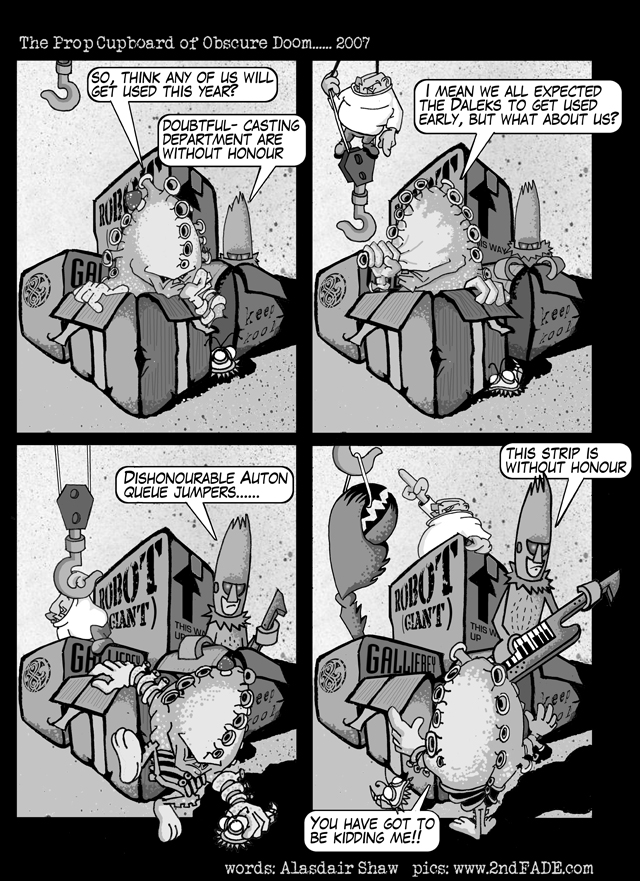 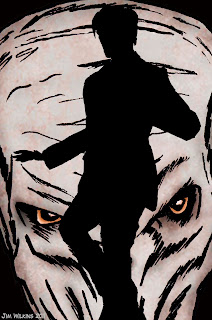 We've been itching to show this strip off for a while now and with Jesse being on holiday it presented the perfect opportunity.

The Prop Cupboard of Obscure Doom is a new spin off strip for In Print. It would seem that when 2nd Fade did us a guest strip a few months back he caught the comic bug again and was interested in doing more guest strips for us. Myself and Jim were such fans of his work that we started discussing bringing Mr Fade (that may not be his real name) on as a regular contributor. 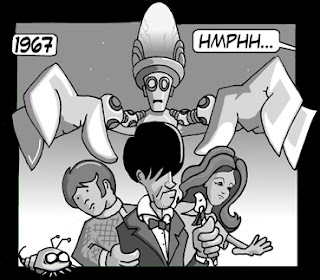 So, we through ideas back and forward and eventually came up with The Prop Cupboard of Obscure Doom. After all the old monsters from Classic Who have to be hiding somewhere and the notion that the monsters that hadn't been in New Who yet would be gathered there and less than happy about some of the creatures that had managed to get an outing.

The Macra for example.

So, expect to see more from the Cupboard as time marches on. Next week sees Jim return with the regular strip and the week after the Infinity Doctors return their tale.

Meanwhile, behind the scenes, work continues on the Christmas Special for this year. Which reminds me if any of you can draw in a style which wouldn't be out of place in a DWM comic strip then we'd like to hear from you.