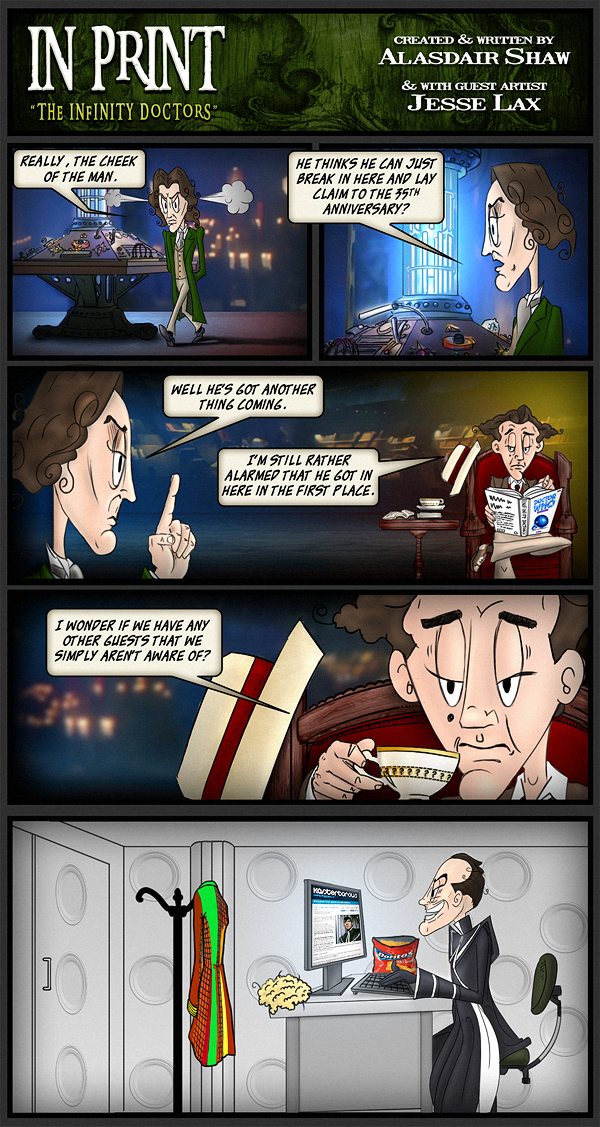 Ok, be honest; how many of you thought the Valeyard's first appearance in Paul's Guest Print was a throw away joke?

Oh he's here alright and he'll be appearing in the main strip further down the road. The Shalka Doctor is still around as well. I'm slowly, but surely, filling the strip up with my very favourite Doctors.

This is the same version of the Valeyard that writes for Kasterborous. I've written an article about our history with that website.

Speaking of personal selections of Doctors you should go and read 'The Doctor and I' by Paul Hanley and Shawn Van Briesen. The scripts are literally teaming with out of continuity references and the art is to die for. It's still a work in progress, but their previous collaboration is complete and available. 'Fade Away' is quite possibly the best Brig story I've ever encountered and it deserves to be in continuity. Go and read it now.

Next week sees the return of the main strip and marks our 50th strip (including guest slots). Yay us! 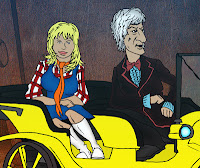 During the week Jim received a tweet from Miss Jo Grant herself; Katy Manning. It would appear she was quite taken by her Jim's rendition of her. I suspect it may have been something of a high point for him and well deserved to boot.