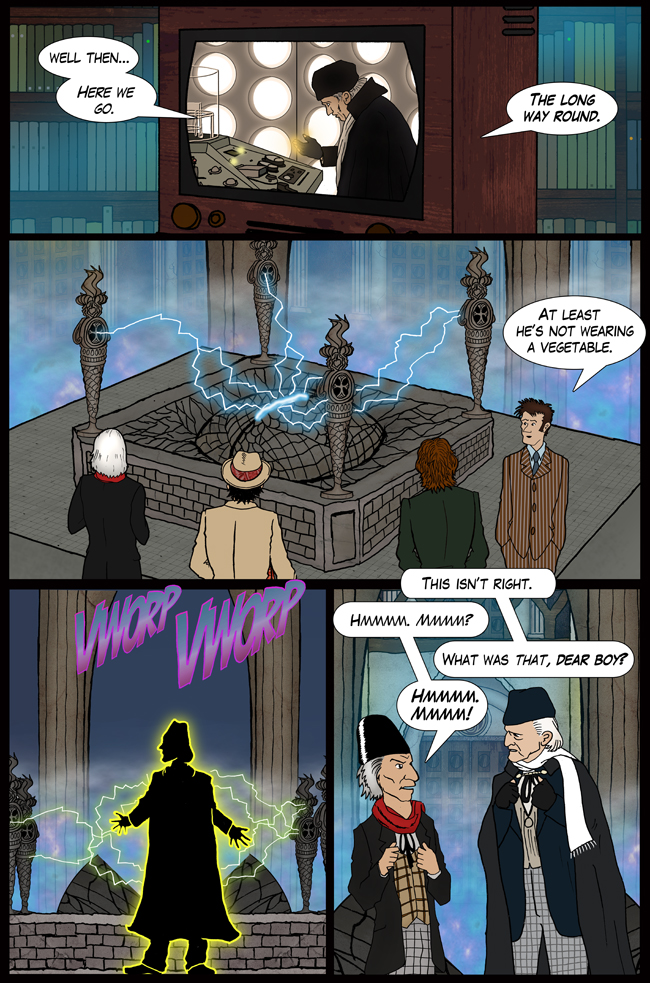 Because we needed one more cast member.

As much as I enjoyed Bradley's Doctor I couldn't quite buy him as Hartnell's Doctor. So he's getting a space in this strip.

As Jim might have mentioned I turned 40 last Saturday. I'm still recovering. Was a good weekend though.

And a month from now we're getting new Doctor Who in about a month. Finally. There's a script I wrote when she was first announced that I might get Jim to revisit. Especially as I've been relistening to Exile this week.

If you're in the Glasgow area tomorrow you should come and join me at Lok's to see Peter Cushing deal with a Dalek Invasion. It'd be nice to see you.