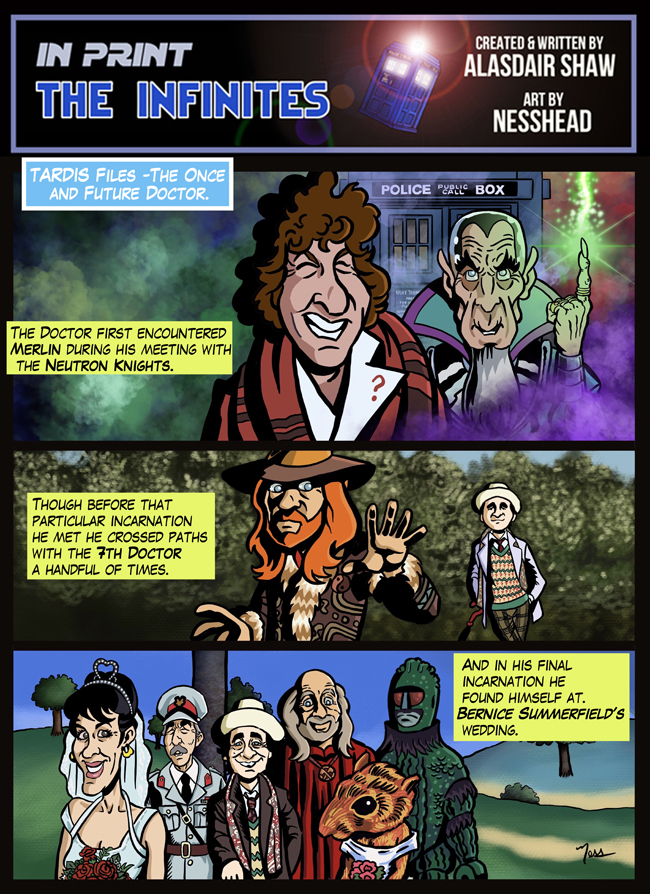 As I've mentioned before I've been digging around Merlin's history for Loose Canon. The biggest surprise so far is that in Merlin's appearance in The Neutron Knights (a 4th Doctor comic) he doesn't say anything that rules him out of being the Doctor. Quite the opposite in fact. Also the 4th Doctor's memory was quite fuzzy afterwards, almost as if he'd just met a future version of himself.

I've also uncovered evidence that the Muldwych Doctor isn't just an older version of the Battlefield Doctor, but I'm keeping that under my hat until Loose Canon comes out. Got to keep some surprises.