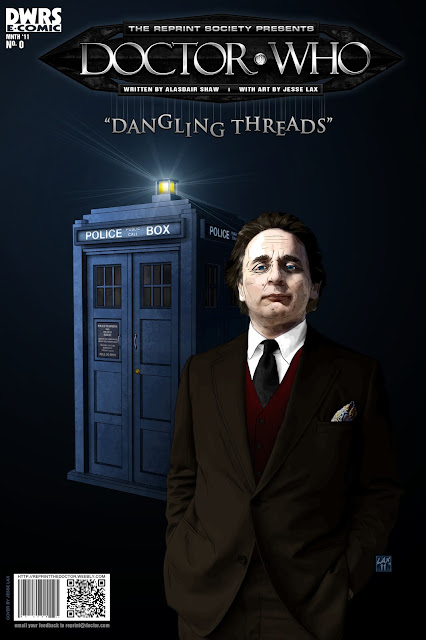 Except it's not. Dangling Threads is several years old now. But it's new to this site.

Apologies for lack of updates of late. Life has been pretty manic of late. There's a hole in my kitchen floor. There's a small army of little humans running riot round my house, work has been taking up more of my time than I would like and.... Well I could go on, but I won't. I've been busy and I've been neglecting you all. I'm sorry.

I've written up the conclusion of the current In Print arc several times now and lost it every single time. So I'm currently sat with my newly installed word processor and am updating all the comics which will be getting Emailed to the art team within the next few hours.

So in the mean time I'm planning on sharing the first lot of pages that I and Jesse Lax came up with a few years ago. I've always regretted not finishing it. Maybe someday. But in the mean time this will give you guys weekly updates and allow Jim and Nesshead to get a buffer built up again.