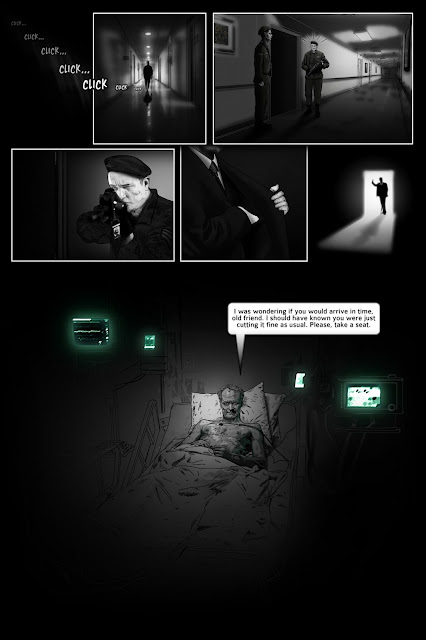 I really hope you guys can read that! It looks a bit small on the preview window. Hopefully it reads better once it's actually uploaded. Failing that I'll see if Jesse has a better fitting version. I'm not as versed in Photoshop and the like as the other members of the Print Team, so I'm kinda stuck with single sizes...

And a special No-Prize if anyone can work out who the gentleman in the bed is based on.

In other news the strips are coming thick and fast from the guys now. I've got some new ones to send Nesshead as he's finished the ones I sent him recently.

\I had a serious kick recently to get back into writing properly and have been writing every free minute. A good bit of In Print, but mostly focusing on Loose Canon. All being well I'm only a few months away from a first draft. Of course it turns out there's significantly more Doctors than I thought there were. I'm about the 130 mark now, it's a little overwhelming.

Anyway, my girls are about to come out of their Drama class, so I should get this published and linked up before that happens.