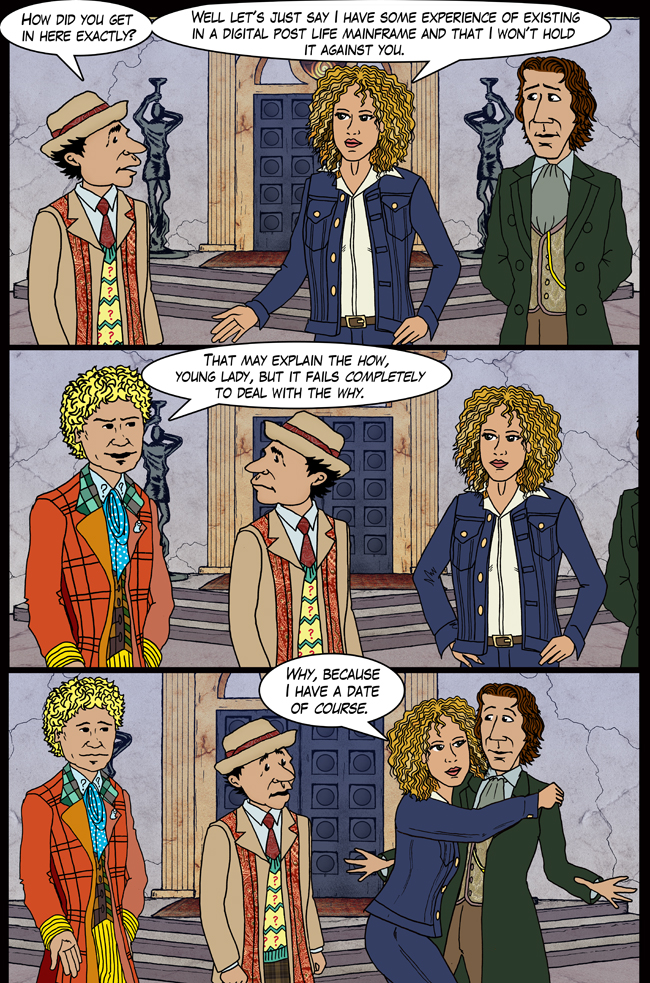 
We're back and it's about time.

And yes, this strip is a ringing endorsement of the In Print team regarding the casting of Jodie Whittaker. She's a good actress with a solid CV, anything else is purely window dressing as far as casting the Doctor goes.

We've been a wee while getting things back on track and the responsibility lies solely with me.

I don't talk much about my private life on here, but a small handful of you know my divorce was getting finalised this year. Nothing to get down about, it's very definitely for the best, but it takes time and focus to deal with these things. Also, to give things a more positive spin I met someone else last year and since then we've moved in together and are expecting next month. However in between love, babies, co-habitation and engagements I found a lump.

You don't need any further details than that, just that everything's resolved as far as that's concerned and it won't hold up the strip any longer.

Jim has a series of scripts that should take us past my paternity leave and I re-read the entire run of the Infinites yesterday and Nesshead should have new scripts in the very near future.

So, yeah, sorry about the gap, but a massive thank you to Mike and 2ndFade who kept it smaller than I could have hoped.

It's good to be back.