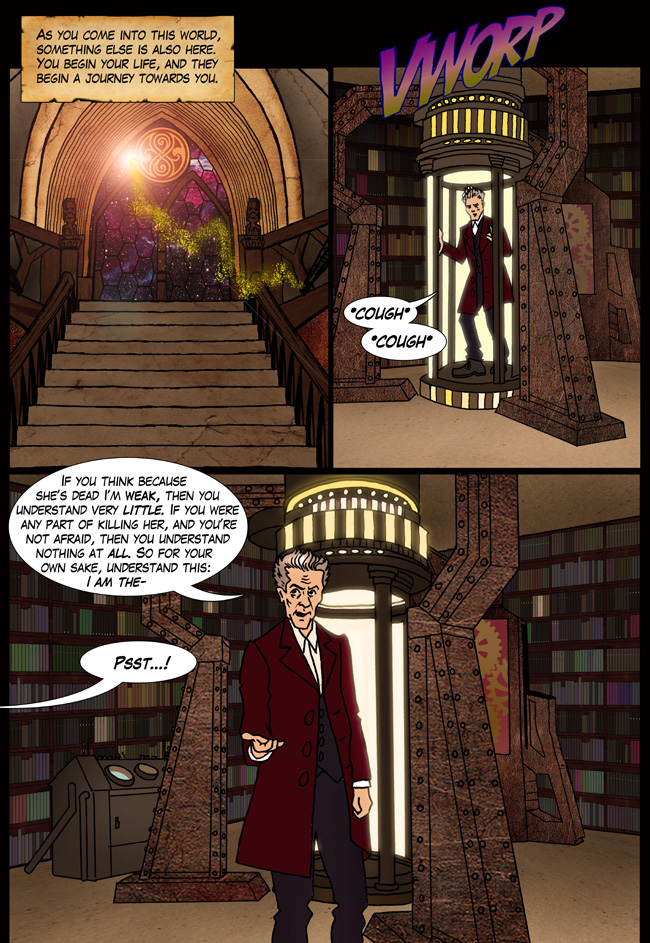 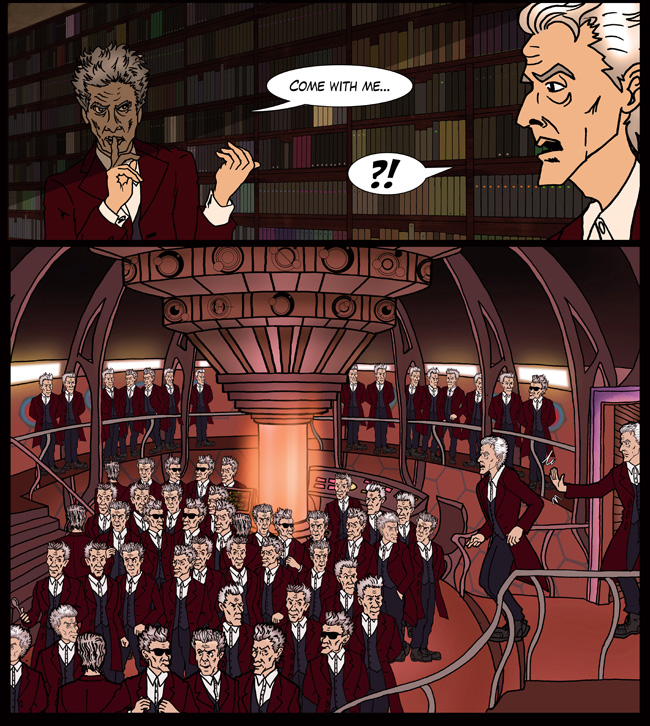 I've not been around much of late. Had a little bit of a health scare that's since been resolved, but had taken a good bit of my attention.

But like I said I'm back. I have a whole bunch of main strops written that need typed up and sent to Jim and I'm re-reading the Infinitestate so I can get some scripts off to Jim.

Today's strip was meant to be part of an upcoming arc, but works just as well as an standalone strip. I like the idea of all these 12s wandering around.