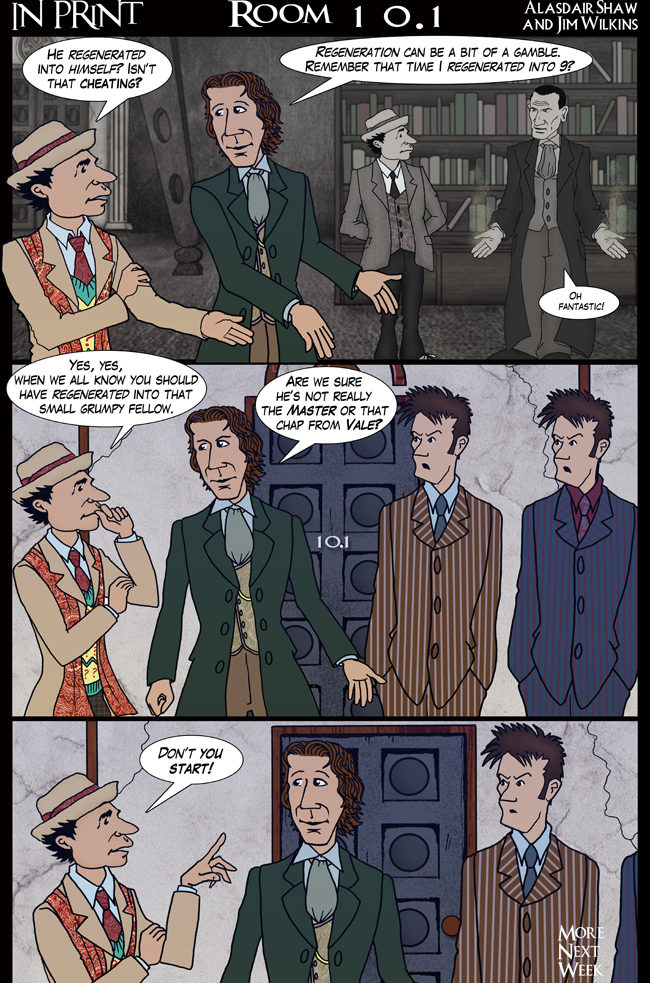 Yes that was my little swipe at people that thought the War Doctor was perhaps the Master or the Valeyard despite having 'as the Doctor' in big flaming letters right next to him the very first time he appeared.

I love the Valeyard, you might have noticed, but I really do get tired of all the 'It's the Valeyard!' yelling each time someone vaguely resembling him or an aspect of him appears. The only exception being the Dream Lord, I mean just look at the direction of 'Amy's Choice' compared to 'The Ultimate Foe'. Not only have the same root (darkest part of the Doctor type stuff), but the teleportation plot device they both use are directed identically!

Anyway, safe to say this new 10 is not the Valeyard, he's just what he appears to be, an earlier form of 10.

Jim was saying to me the other day how chuffed he was that we had enough strips that we could do flashbacks. For my part I was ecstatic to finally address the 8 to 9 regeneration we did in one of early strips. It's been annoying me ever since 'Day of the Doctor'.

In other news I've started back with Loose Canons, a conversation about self publishing with a friend of mine has given me the much needed kick I was needing, More on that in the coming weeks...