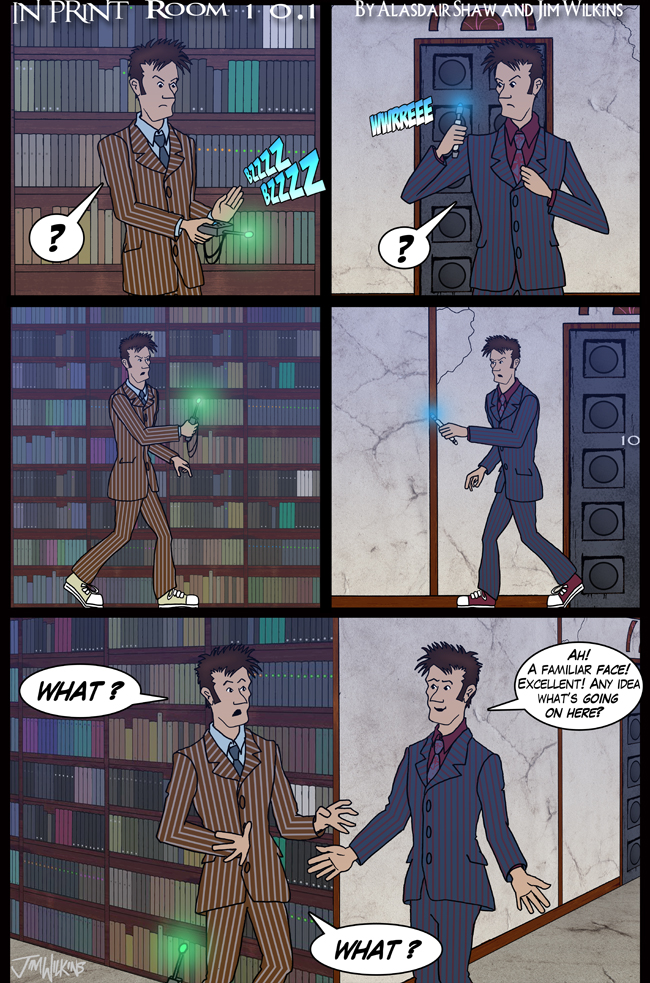 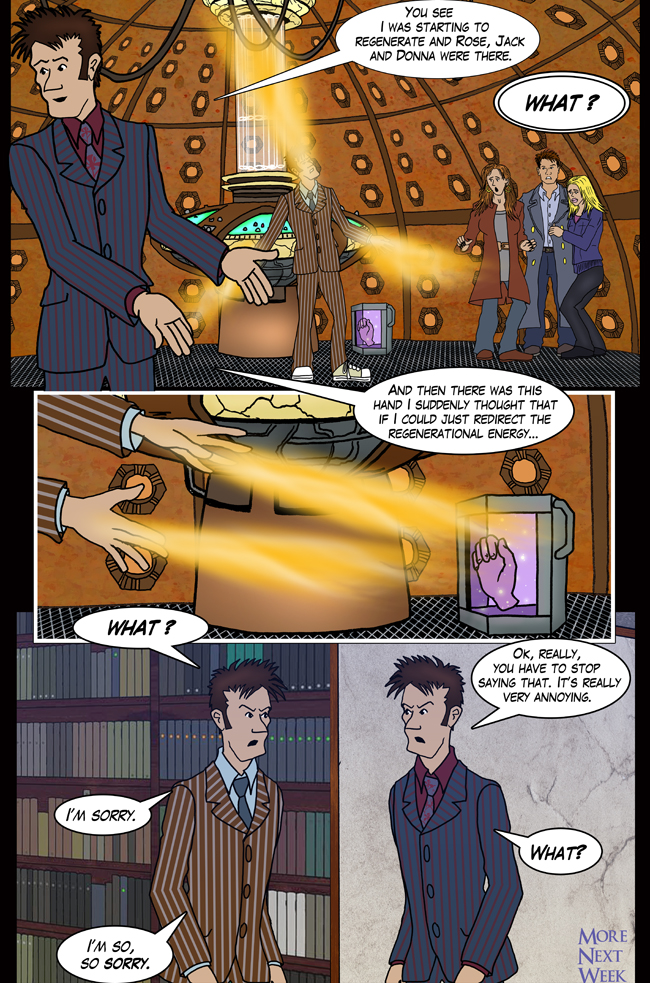 And there we have it. For those of you that hadn't cottoned on yet there are now two versions of ten floating about the Print Verse. He really should have been here years ago. It was my son that pointed it out to me, he has a fairly firm grasp of numbers for his age and has been studying the Doctor's regenerations intently thanks to having 'Legacy' on his tablet. Once I explained to him about the War Doctor and the Metacrisis regeneration he's since insisted on calling the War Doctor Nine instead and Ten has become Eleven and Twelve. And he knew it was true because my 'Infinite Doctor' print has both versions on Ten in it. It was only really a matter of time before he asked how many Tens were in In Print and once he did....

Yeah, so this arc may have been kick started by a conversation at the Glasgow DW Society, but it's been my son's refusal to let go of a concept that's kept it rolling.

In other news I got to read a advanced copy of Battlefield thanks to The Doctor Who Companion. What did I think of it? Well you can read the answer here. Knowing me and alternate Doctors you can probably guess....