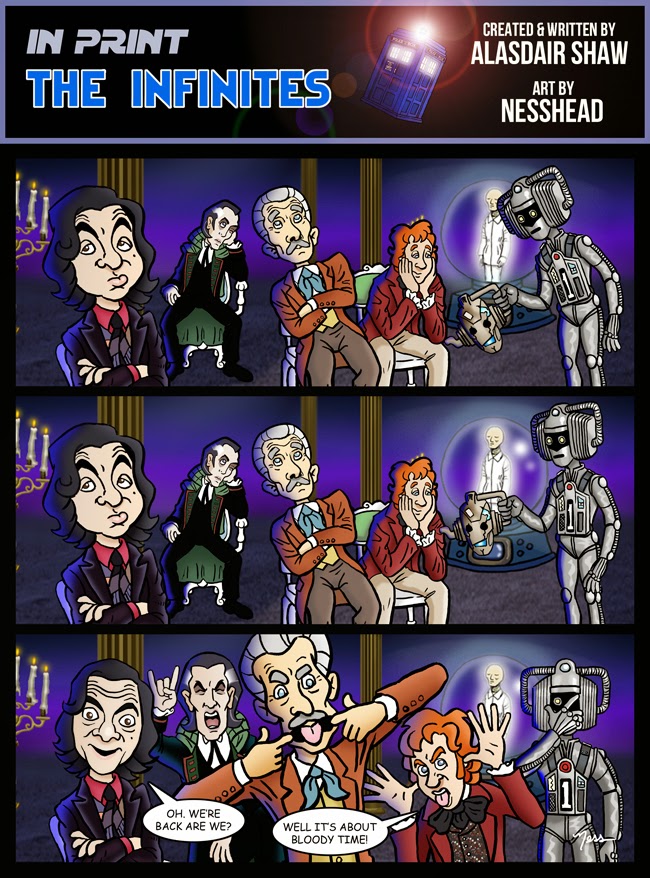 I've missed these guys. It's been a while since we've seen them due to a multitude of circumstances.

Apologies to anyone tuning in to read the conclusion of 'Curation', but Jim's computer still isn't speaking to him, hopefully we'll have that for you next weekend.

We're starting to build up a buffer of scripts again and a buffer of strips shouldn't be too far behind, hopefully we can have a bit more continuity in 2015.

On a side note I've restarted a project from last year. If you enjoy the Infinites then it might be of interest to you. I've started writing about it over at Kasterborous.

Right, I'm off. See you all next week.