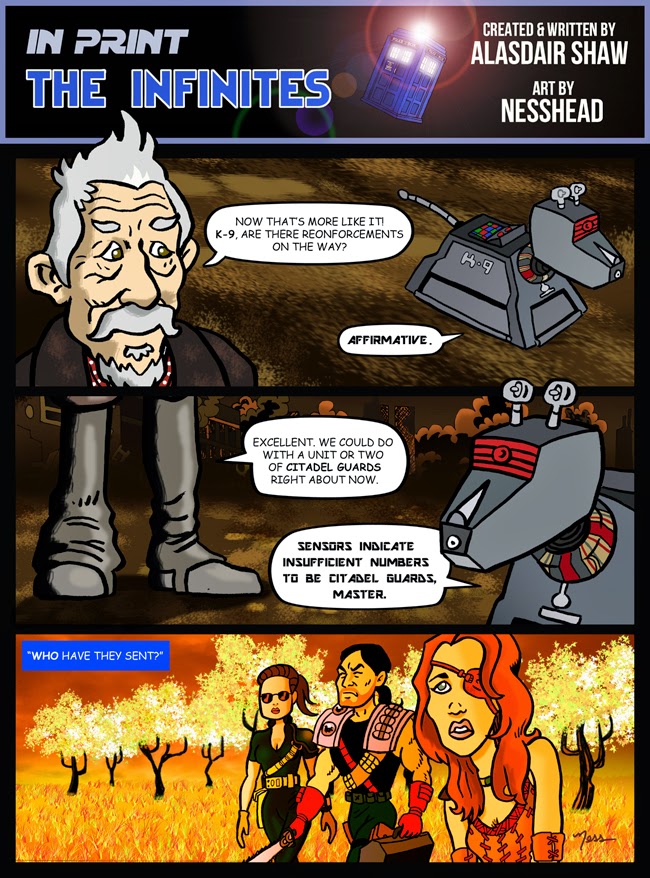 Ace, Leela and Daak. If any of the Doctor's companions fought in the Time War it would be these three. Not that Daak was a companion, but there's no way he'd ignore a chance to kill that many Daleks.

Ace is done up in her New Adventures clothes. Chances are some of you missed that she was Ace due to the lack of leather, but NA Ace is much more likely to have taken part in the Time War, especially with her experience fighting Daleks.

Leela's new look is based on 'The Time War Leela' by Paul Hanley, with permission from Paul. You have to imagine that she would bring a savage edge to proceedings that the Time Lords simply couldn't.

Anyone else think they'd love a series with these three, Frobisher, K9 and the War Doctor in the Time War?

Speaking of which, is 'Engines of War' not out soon?