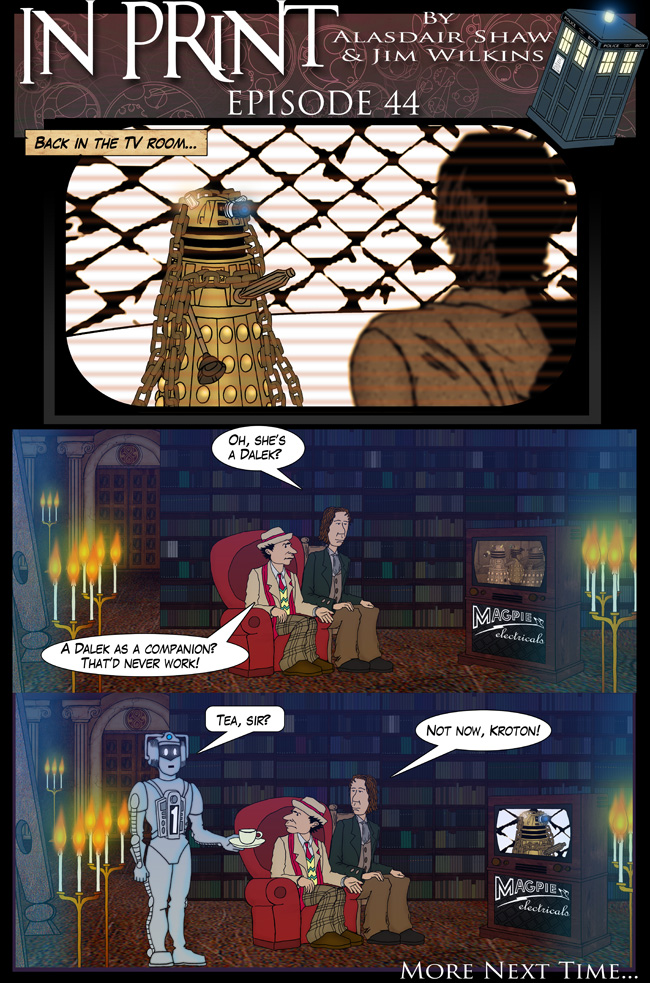 It's true you know; the Doctor did actually have a Cyberman as a companion. It was during the eighth Doctor's run in the DWM Comic and these days you can find him in Doctor Who - The Glorious Dead (Complete Eighth Doctor Comic Strips Vol. 2): Glorious Dead v. 2

. And if you care to buy the collection through that rather blatant plug then you are in fact supporting In Print on a financial level.

So, yeah, I've expanded the cast again. Maybe one day we'll have a behind the scenes strip featuring Kroton and Mrs T. Probably not though.

Not much else to tell you this week, we'll have more news as Jim and myself adapt to remastering fatherhood. What we can say is that plans are in full flow for November, we have something special planned.

See you all in seven days or there abouts.